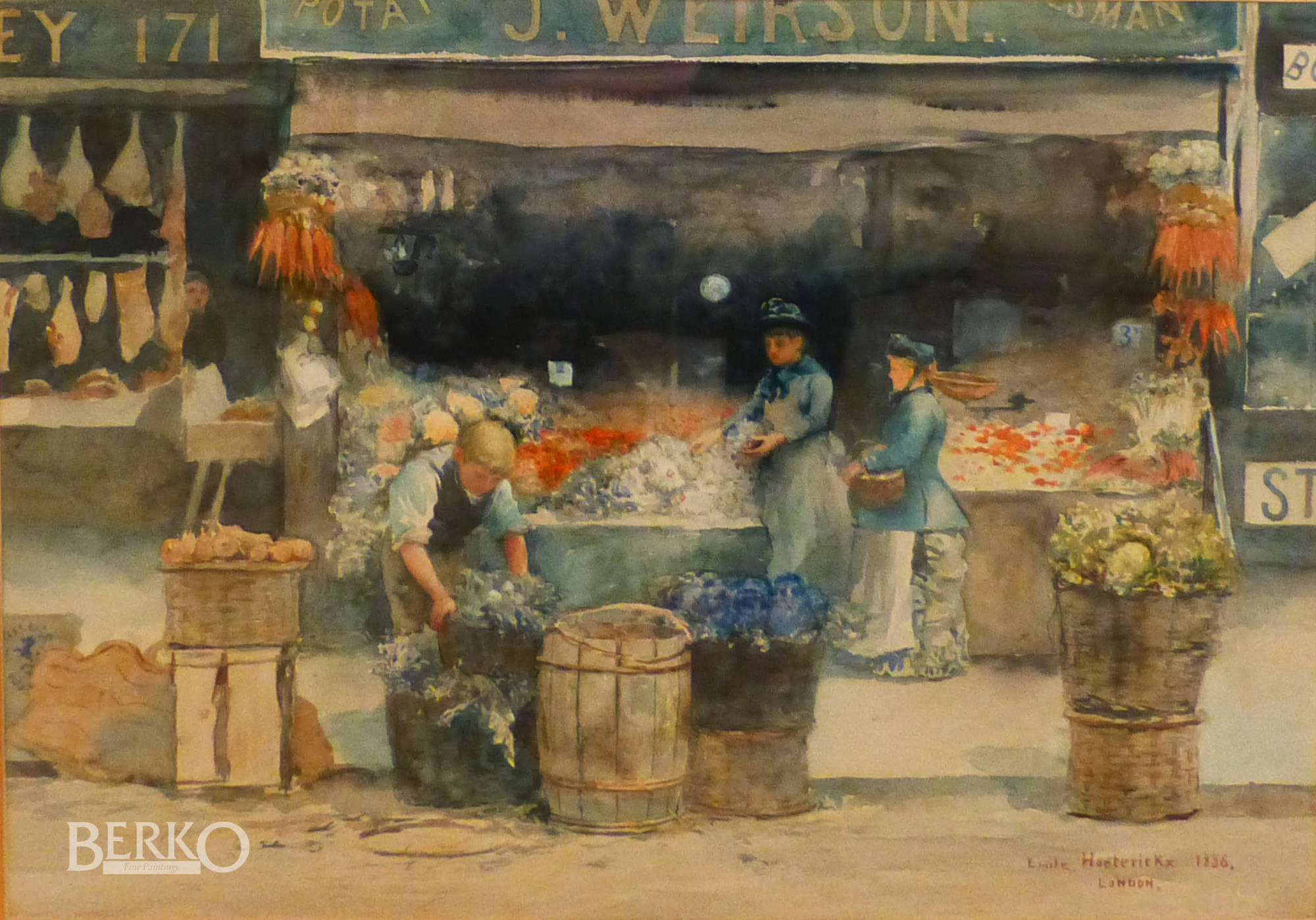 Emile Hoeterickx studied at the Academy of Fine Arts of his birth-place. He began his career as a scenery painter at the Royal Monnaie Theatre in Brussels. He was a co-founder of the cercle ‘L’Essor’ in 1880, an association of visual artists in Brussel, actif from 1876 to 1891.

L’Essor originated as the ‘Cercle des Elèves et Anciens Elèves des Académies des Beaux-Arts de Bruxelles’ in 1876, and only in november 1879 it changed its name in L’Essor, a name that no longer suggested a bond with the Fine Arts Academy, because its members wished to express their dissatisfaction with academic teaching and their preference for realism in art. The founders saw themselves as progressive and wanted to disconnect with the ‘Cercle Artistique et Littéraire de Bruxelles’, which they considered to be conservative and bourgeois.
Among the initial founders were Louis Cambier, Léon Herbo, Henri Permeke, Louis Pion and Franz Seghers, surprisingly all artists who never would be labelled ‘progressive’. At the time of the change of name Emile Hoeterickx, Julien Dillens, Amédée Lynen and Auguste-Ernest Sembach were already members of the group. In time more artists would join their ranks, among others Fernand Khnopff (who first exhibited at en exposition organised by L’Essor in 1881), Frantz Charlet, James Ensor, Dario de Regoyos, Albert Baertsoen, Jean Mayné, Théo Van Rysselberghe, Willy Schlobach, Guillaume Vogels, Léon Frédéric, François Halkett, Pierre George, Adolphe Hamesse, Alexandre Hannotiau, Léon Houyoux and Antoine Lacroix.

He worked at the School of Industrial Art in Brussels.

Emile Hoeterickx is a fine and distinguished artist. 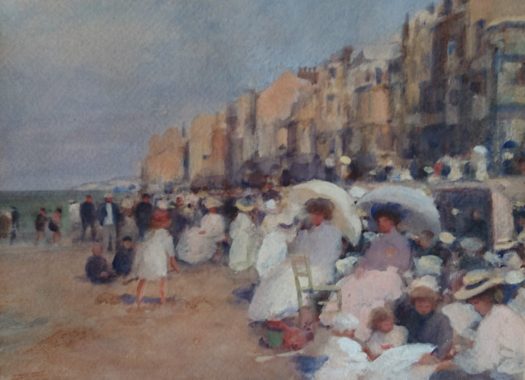 HOETERICKX Emile
SUNDAY AT THE BEACH 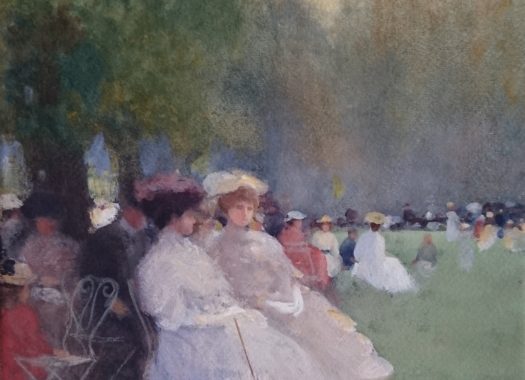