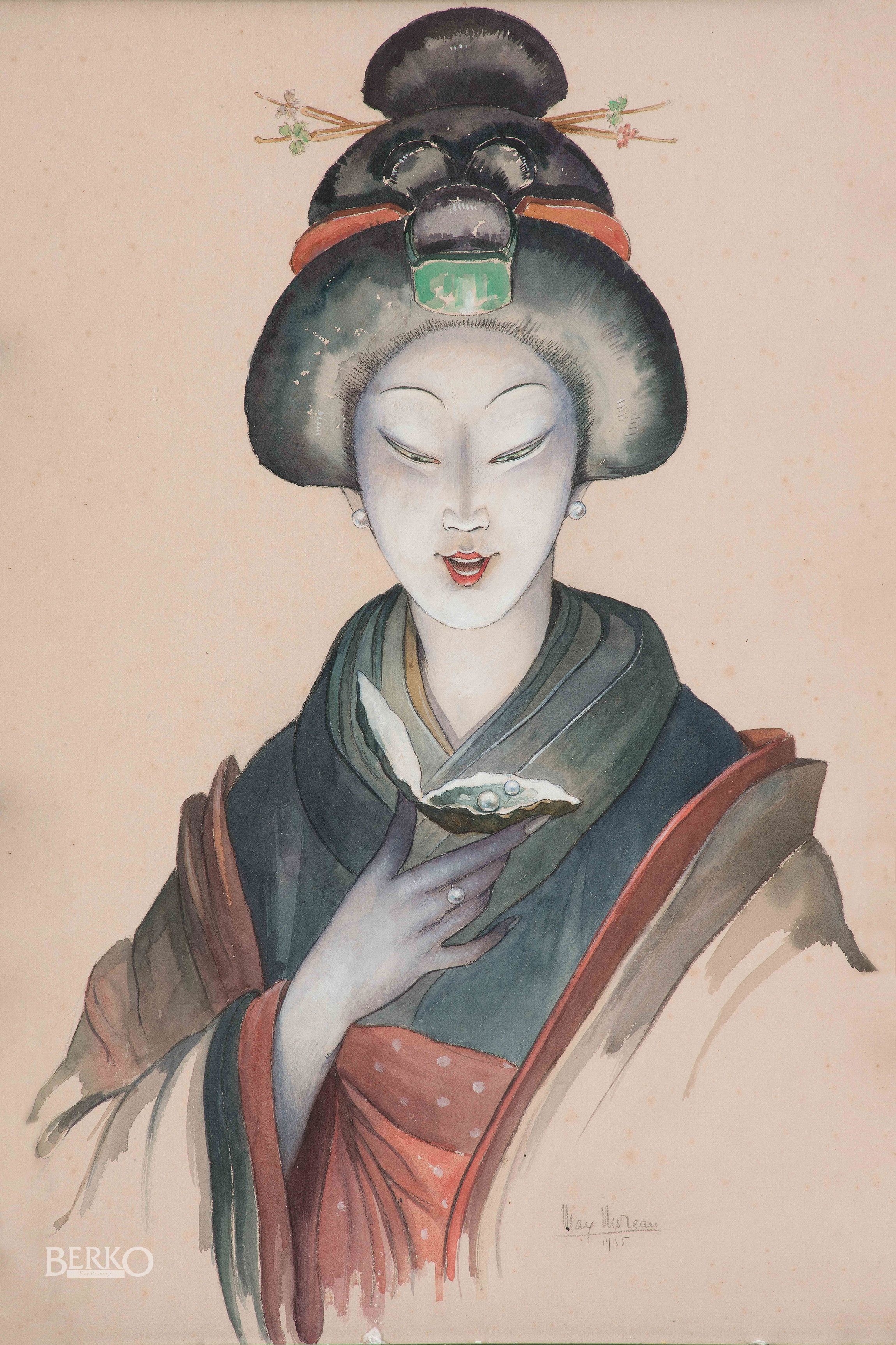 Max Léon Moreau was a pupil of his father, the painter Henri Moreau, and spent months studying the canvases of Frans Hals and Diego Velazquez in the Museum of Fine Arts in Brussels. What impacted most on his artistic consciousness, however, was the first of a total of five visits to Tunesia during his lifetime. That first visit took place in 1929 and was to prove decisive: the discovery of a new and different North African ‘light’ would profoundly influence his painting. Moreau spent the World War II years in France. In 1947 he left for Marrakech. He lived in France again from 1950 to 1967, although his years there were punctuated by visits to the United States, the Bahamas, Spain and Portugal. In 1965 he finally settled down in Granada. Moreau’s early work was influenced by his Flemish roots. From 1919 he had found a niche painting portraits of Brussels theatre life and, from the 1920s, the Comédie Française in Paris. In Spain, his painting gradually diversified and became lighter.

Max Moreau is known first and foremost for the precision he injected into his portraits. As a painter of genre scenes, he portrayed everyday people going about their business, surrounded by a plethora of objects, like fruit, fish etc., creating as it were still lifes with figures.