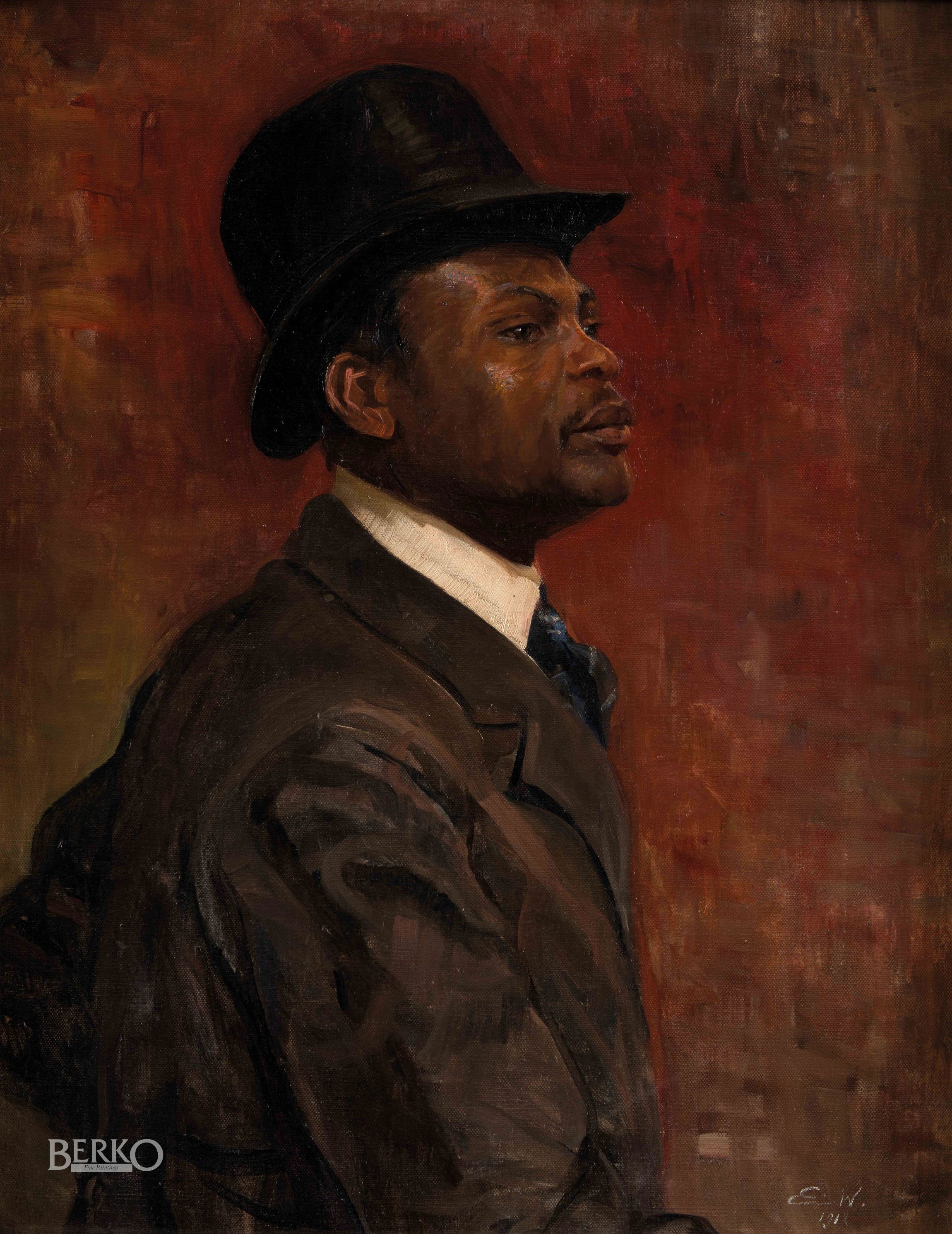 Painter of portraits and history.

Emile Wauters was the nephew of the archivist Alphonse Wauters. He was a pupil of Jean- François Portaels and Jean-Léon Gérôme in Paris. He spent some time in Rome, Naples, Florence, Pisa, Padua, Verona and Venice and visited Egypt, Spain and Morocco. He settled in Paris in 1890.

He made a mural painting for the Brussels Town Hall and “Panoramic View of Cairo” in the Parc du Cinquantenaire, also in Brussels. He made his debut in Brussels in 1872 with “Rocky Site”, which demonstrated the astounding virtuosity of this young artist who was equally at home depicting figures or landscapes. “The Madness of Hugo Van der Goes” was the beginning of his prestige and each of his commissioned paintings enlarged it.

Through his sound qualities he deserved acclaim and fortune. He loved display on enormous canvases an abundance of appurtenances and the brilliance of satin and silk. His brilliance which he attempted to master and his penchant for the arabesque and majestic amplitude of forms took him far away from the traditional artists of his era. Their desire for precision seems very bourgeois confronted with his lyricism. In some aspects, Wauters is an artist of the Renaissance, more Italian, than Flemish, although Anthony Van Dyck was one of his ancestors.