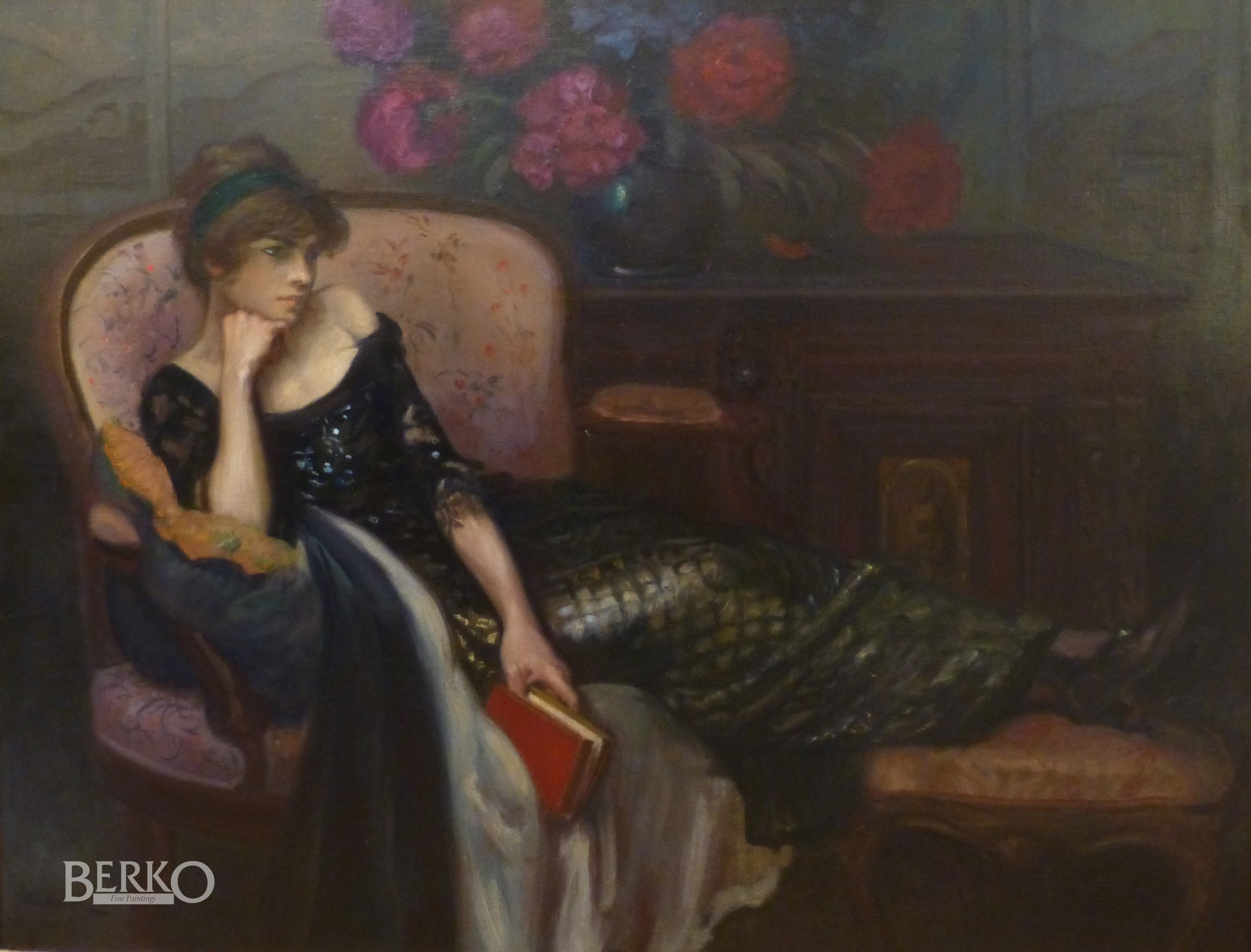 Painter of portraits, genre scenes and landscapes; watercolourist, draughtsman and illustrator.
Pierre Georges Jeanniot was taught by his father Pierre-Alexandre Jeanniot, who for a long time was director of the art college in Dijon. He embarked on a military career, but exhibited watercolours as early as 1872 at the Paris Salon. In 1873, he exhibited his first oil painting there and continued to show work there regularly. In 1881, having reached teh rank of captain, he left the army in order to work full time as an artist. He settled in paris, where he won an honourable mention in the Salon of 1882, a third-class-medal in 1884 and a silver in 1889 and 1900. He joined the Société Nationale des Beaux-Arts as soon as it was set up in 1890. He was made a Chevalier in the Légion d’Honneur.
The earliest works he sent in consisted mainly of scenes of military life. Later he was best known for his scenes of fashionable women in Paris at the time of the Belle Epoque and on the beaches of the then very new seaside resorts and for his views of race-meetings. He also illustrated many literary works, among them Maupassant’s “Contes choisis” (1886), Goncourt’s “Germinie Lacerteux” (1886) and “La fille Elisa” (1895) and Daudet’s “Tartarin de Tarascon” (1887). He collaborated on the illustration of Victor Hugo’s “Les Misérables” (1887) and also illustrated Zola’s “La Débâcle” and “La Curée” (The Rat Race) of 1893-1894, Octave Mirbeau’s “Le Calvaire” (Calvary) of 1901, Molière’s “Le Misanthrope” in 1907, Balzac’s “Les Paysans” (The Peasants) in 1911, “Les liaisons dangereuses” by Laclos in 1917 and Voltaire’s “Candide” and “Le Voyage à St Cloud”. He was one of those who launched “La Vie Moderne” (Modern Lif) and later he directed the “Journal amusant”.

Jeanniot’s drawing is vigorous and expressive, and his great strenght lay in his brilliant depections of the comedy of contemporary life.